After a failed attempt the prior morning (the tour was full) we arrived at the Tsukiji Market at about 3.20am.  We were some of the first there but by about 4.30am the second group was full also.  You need to line up at the Kachidoki Gate off Harumi Street (near the Kachidoki bridge) and you will then be escorted through to the "holding pen" for the tour participants.  The first group of 65 people go through at 0525 and the second group 25 mins later - there is only a maximum of 130 for each day so if you are number 131, you cannot enter the tour group. The tour is free and fairly well organised.  You need to keep your wits about you however as the market is filled with fast moving forklifts.   You get to see the grading of the fish and one of the auctions before being swiftly removed from site.  Public access to the rest of the market opens at around 9am.  Its well worth the effort of getting up early! 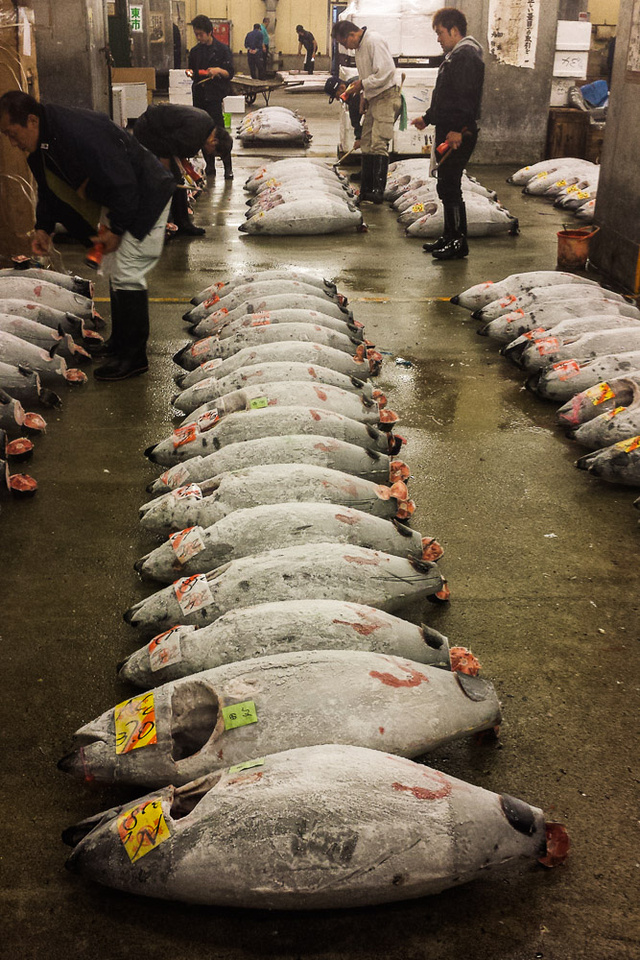