Experimentation and development of the "Table Series"

At the end of 2015 I decided to revisit a project that I started over 18 months ago.  After being inspired by a couple of photographers in particular, I decided to put together an image that would go on to shape my photography and begin a stronger focus on portraiture photography.  That image (The Apple Peeler) was at the time a once off.  At the end of 2015, I decided to explore the idea further to see what else lies beyond.  I have decided to branch out the concept and rather than having the background be so much of the image, I have decided to darken the background and attempt to have the foreground stand alone.  It's a difficult project because of the time involved in setting up each shot and the studio setup required to make everything work.  This may involve some "self" images too I suspect. 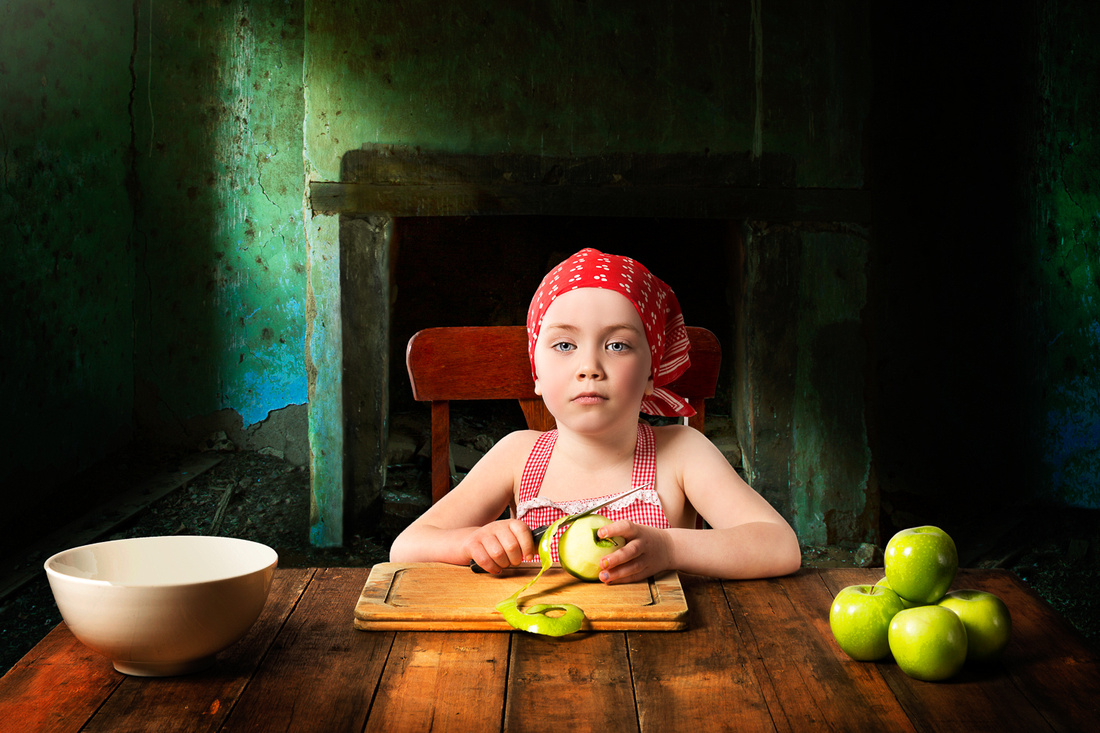