Curating a group of "like" images is not so easy

I started out with my latest "push" of the table series thinking that I knew where I would take it.  After some recent feedback and taking into consideration the overall group of images myself, I have come to recognise that I have possibly created two or three different branches of a tree rather than just the trunk.  The table series has shown me just how diverse a series can be - and here lies the problem.  It's not enough to add one element consistently and then assume that the rest of the series will be "held" by that anchor.  By putting effort into the story and the costume and the lighting and the post-production, I have instead created packets within the series.  Coincidentally, I have stumbled upon another part of the table series which I haven't visited for some time.  I started work on a branch of the series involving capturing people with something that they love or something that they spend time on.

Like this capture of Arvin who has a series of Star Wars lego figurines.  I will now concentrate on making sure that I have some strong captures for this part of the image set. 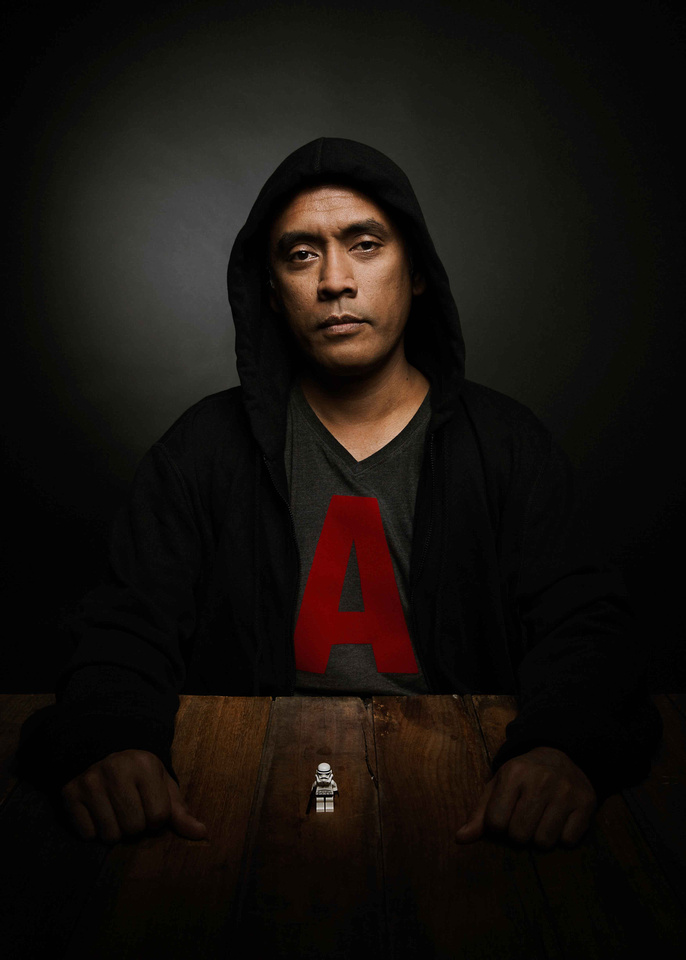