After much work and effort (and planning) I have managed to get some of my best images published in Gilded Magazine.  This project evolved from a simple idea to use a red headed model.  Following that, I started to study the theme for the shoot which evolved over time and eventually became a combination of a few different themes.  Of course I wanted to incorporate my table series into this work which led to probably the strongest image from the set.  An image that was difficult to deliver in terms of post production but also in execution.  I needed a strong model to photograph in the studio and a good team for hair and makeup as well.  The costume needed to fit the period also which involved drawing in my wife to make a skirt and for me to experiment with headpieces for the shoot.  Ultimately the shoot for me the creative photographer was fun but stressful.  The model Lillian Sallie, did a great job and showed her expertise in facial expression and posing particularly.  It is satisfying as a photographer when you get a model that understands the brief so well.  After much administration, we were finally accepted into Gilded Magazine which is my second time in the mag as a photographer. 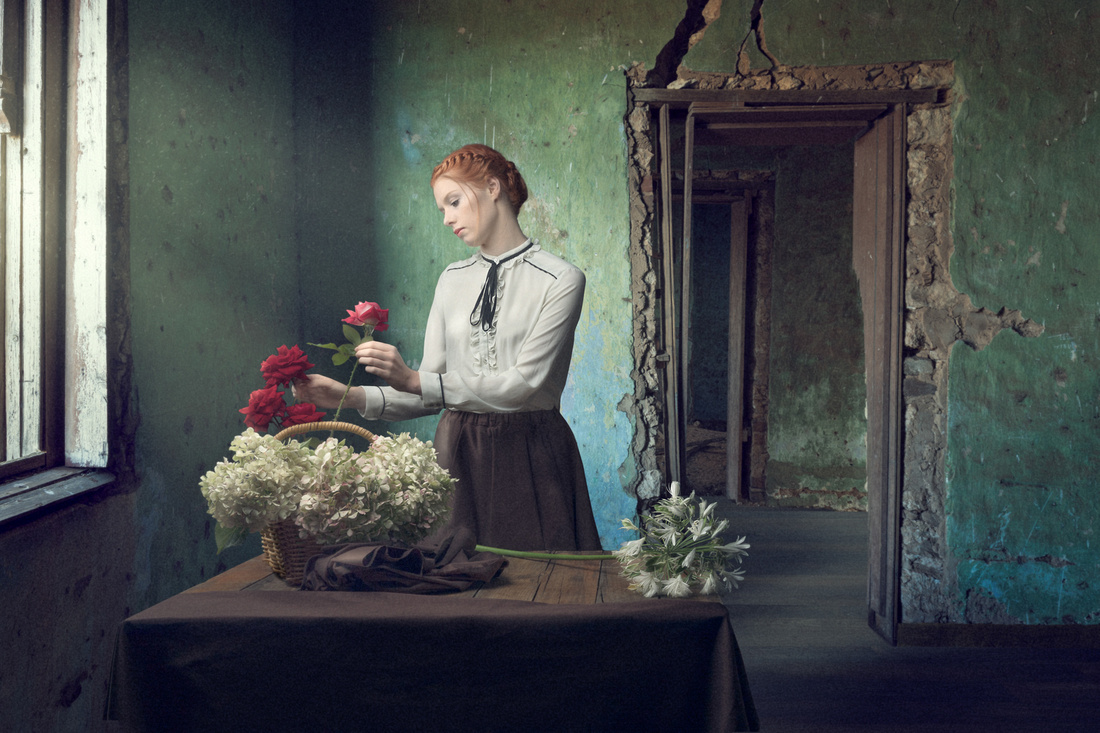